The Fireman - My Second Book

I wrote my second book, The Fireman, while I was working as the Business Editor of the South China Morning Post.  Like Pay Off, it was written in the first person.   The main character, a journalist who flies to Hong Kong to find out why his sister died, is very much based on me.  It was set long before Hong Kong was handed back to China so it has dated a bit, but it still gives you the feel for what Hong Kong was like under British rule. 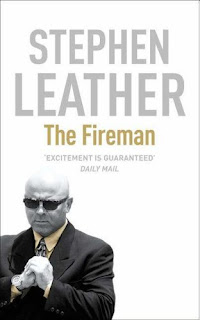 Like Pay Off, The Fireman had a very short print run and the original editions are collectors items. Hodder have republished the book and it still sells, and does particularly well as an eBook.

I really enjoyed my time in Hong Kong and sometimes wish that I had stayed longer. I was there for three years an I don't think I've ever worked harder or had such fun.

The Fireman didn't sell particularly well when it was first published - Stephen Leather wasn't a brand name back then - so I asked my then editor what I should do. She suggested that I started writing in the third person and to make the books 'bigger', both in terms of content and length, and that's what I tried to do with my third book.
Posted by Stephen Leather at 1:49 AM