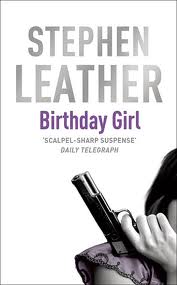 Truth be told, it was a difficult book to write plot-wise, and I'm still not one hundred per cent happy with it.  It's a stand-alone book but I would quite like to revisit the main characters again. We'll see!
Posted by Stephen Leather at 12:34 PM